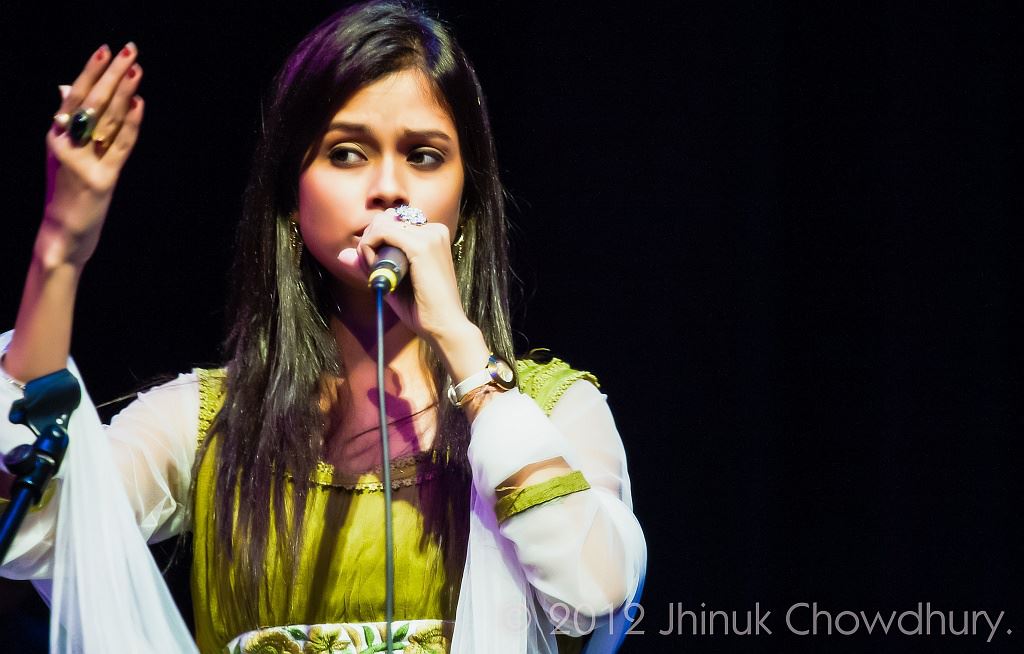 Debarati Bhattacharya, widely known as a New-Age Performer belongs to the small hilly north-eastern state of Tripura which also happens to be the home state of the legendary musician Sri. S.D. Burman.

She has stood first class first in Masters of Classical Music from Calcutta University and completed B Ed from Hastings House,Kolkata.She has received her musical training from number of musical maestros and presently trained in Classical Music by the maestro Ustad Rashid Khan.

She has sung songs and jingles for Bengali films Bitnoon,Jatishwar, commercials and serials for the channel star jalsha,etv kathadilum,Zee bangla. She also has sung for  albums in different languages.She has worked with reputed music directors like  music directors Joy sarkar,Indradip dasgupta,Shobhen chatterjee, raghab chatterjee,Ashok bhadra,Durbadalchatterjee,Mayukh mainak and Pt.Pratyush Banerjee. Recently she has sung for SONY channel's EK DUJE KE VASTE and one song for an upcoming movie and also two singles hasbeen released this year

She has also performed with the eminent artists of the present era, Udit Narayan, Alka Yagnik, Zubin Garg,Sonu Nigam,Kunal Ganjawala,Kumar Sanu,Babul Supriyo to name a few.She has performed all over in India and in reputed concerts of overseas including places like Dallas Texas,Newyork,Dhaka and others.

She made a breakthrough in her musical career when she qualified among the semifinalists of Indian Idol . She was one of the talented finalists in zee bangla Sa Re Ga Ma Pa in 2006 and the Voice of north east in Amul Star Voice of India in 2008.

Her earliest musical conquests dates back to her teenage years when she won the 2nd prize in All India Radio Music Competition. She has also achieved the National Scholarship from CCRT, Delhi. She has also bagged away the prestigious SD Burman Award from the Allahabad University. The Mumbai Rotary club awarded her with the Vocational Excellence Award. She also achieved the Pulin Debbarman Smriti Award given by the govt. of Tripura.